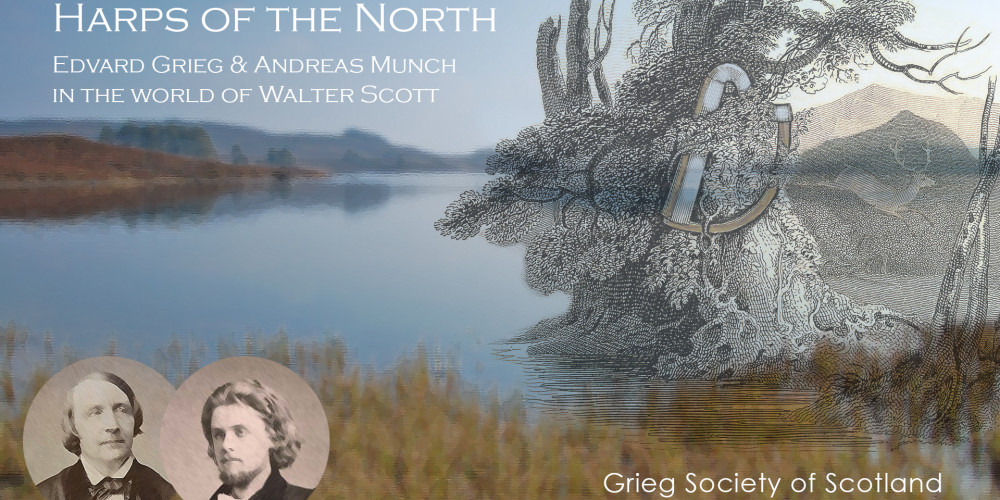 Harps of the North: Edvard Grieg & Andreas Munch in the world of Walter Scott

Watch our film Harps of the North: Edvard Grieg & Andreas Munch in the World of Walter Scott on Youtube here, or on our website here.

Decades after his death, Walter Scott was still a major influence on writers and musicians in Europe and Scandinavia. Two who felt his influence were the young Norwegian composer Edvard Grieg and his older, then more famous compatriot, the poet Andreas Munch.

The film explores the making of a song Harpen (The Harp) - composed by Grieg to words by Munch - that was created in Rome and stimulated by a 'pilgrimage' to Abbotsford. The song is performed by singer, pianist and Honorary Director of the Grieg Society of Scotland, Dr Sally LK Garden.

Harp of the North! That mouldering long hast hung

On the witch-elm that shades Saint Fillan's spring...