Scott’s life and stories have a rich association with many places across Scotland and further afield. Explore some of those sites on our interactive map. 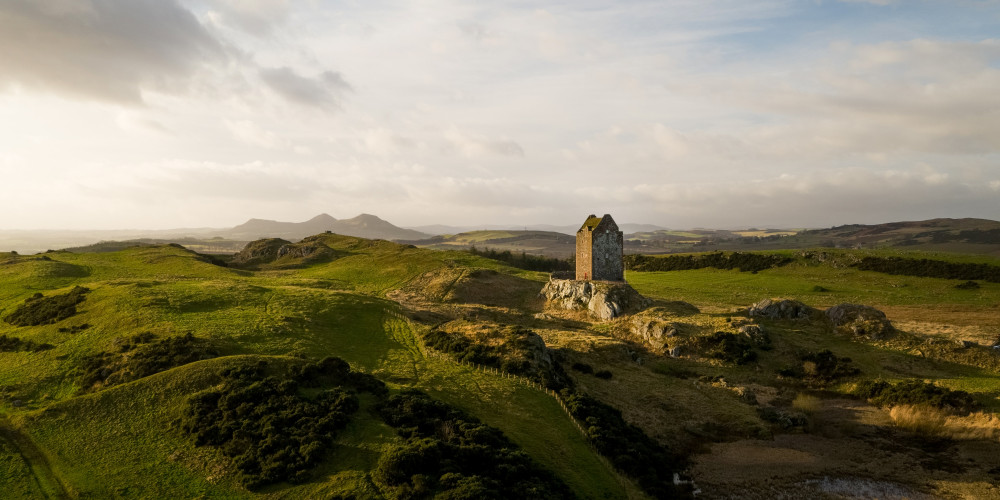 Thoughts of Early Time represents Scotts childhood memories of playing around Smailholm Tower, and being inspired by Border ballads.

As a baby, Scott contracted what we now know as poliomyelitis, or polio. In 1773, still only a toddler, he was sent to his grandparents in the Borders to improve his health.

The Scott farm at Sandyknowe stood in the shadow of the family’s ancestral home, Smailholm Tower. In this wild landscape, his Aunt Jenny taught him to read and Barbara Haliburton, his grandmother, told him old Border tales. The place and its culture would inspire his writing.

In turn, inspired by Scott's poetry, his uncle restored the tower making it safe around 1800.

Find out more about Scott's work in connection to Smailholm Tower on our website.